Leeds have completed their sixth pre-season signing, with the Premier League club announcing Thursday that Colombia winger Luis Sinisterra had joined from Dutch club Feyenoord for an undisclosed fee.

According to British media reports, Leeds have paid a reported £21.4 million ($25.6 million, 25.1 million euros) for Sinisterra, taking their spending ahead of the new English top-flight campaign to over £90 million ($108 million, 106 million euros).

“The 23-year-old arrives at Elland Road for an undisclosed fee and has penned a five-year deal, running until the summer of 2027.”

But they recouped £45 million of their spending earlier this week when midfielder Kalvin Phillips was signed by Premier League champions Manchester City.

He could be a replacement at Elland Road for Raphinha, amid reports the Brazil winger wants to join Spanish giants Barcelona.

Sinisterra has spent the last four seasons at Feyenoord after joining from Colombian club Once Caldas in July 2018.

Capped five times by Colombia, he impressed for Feyenoord last season, helping them reach the Europa Conference League final where they lost 1-0 to Roma in May and a third-placed finish in the domestic Eredivisie. 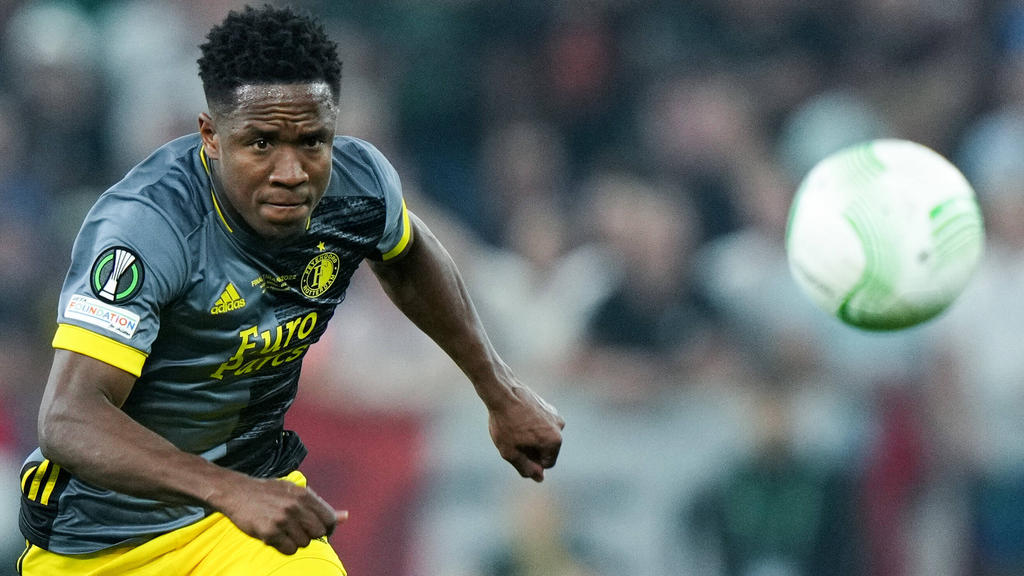